Posted by Anonymous on April 13, 2018
Do you often need to do comparative analysis with your survey results? We have introduced yet another feature to our already existing list of features in cross tabulation to make it even better.
Learn more: Cross Tabulation and Chi-Square
The cross-tabulation tool allows you to measure the interaction between two questions (variables). The table will only show respondents that answered both of the questions, meaning the frequencies shown may differ from a standard frequency table. The cross-tab report will also show Pearson’s Chi-Square Statistics, which shows the level of correlation between the variables using the chi-square, p-value, and degrees of freedom.
Here is a preview of the new features added to the crosstab tool:
Step 1
Login »  Surveys »  Reports
Click on Cross-Tabulation under Advanced

Step 2
Select a row question and a column question from the respective dropdowns.
The cross-tab table will be generated, along with Pearson’s Chi-Square Statistics and a Significant Cells for both questions.
SurveyAnalytics has opted cell comparison technique for highlighting the most significant cells i.e. SurveyAnalytics consider the effect of other variables on the variable we study and see if there is any change in the percentage derived. Method opted for the calculation is column/cell comparison technique.
The cell highlighting option will only work if our Chi-Square Test confirms that there is an association between parent variables.
The highlighted cell would signify that the shown percentage is most significant when compared to other observation(It need not highlight the cell with the highest percentage).
This test will only confirm the cell is most statistically significant i.e. it is not affected by other variables and the percentage has not occurred as result of random chance variation. 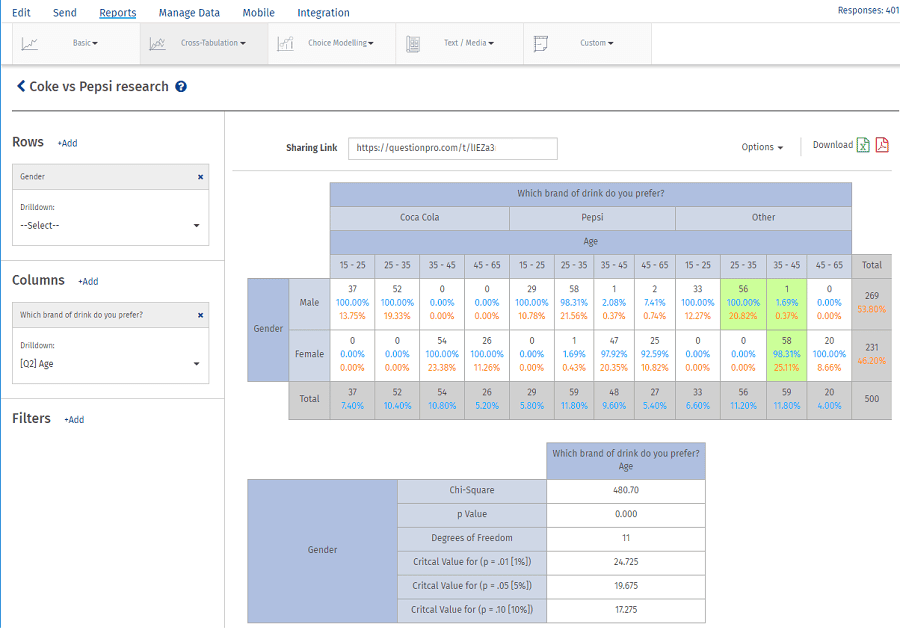 You can also filter the data based on the following: 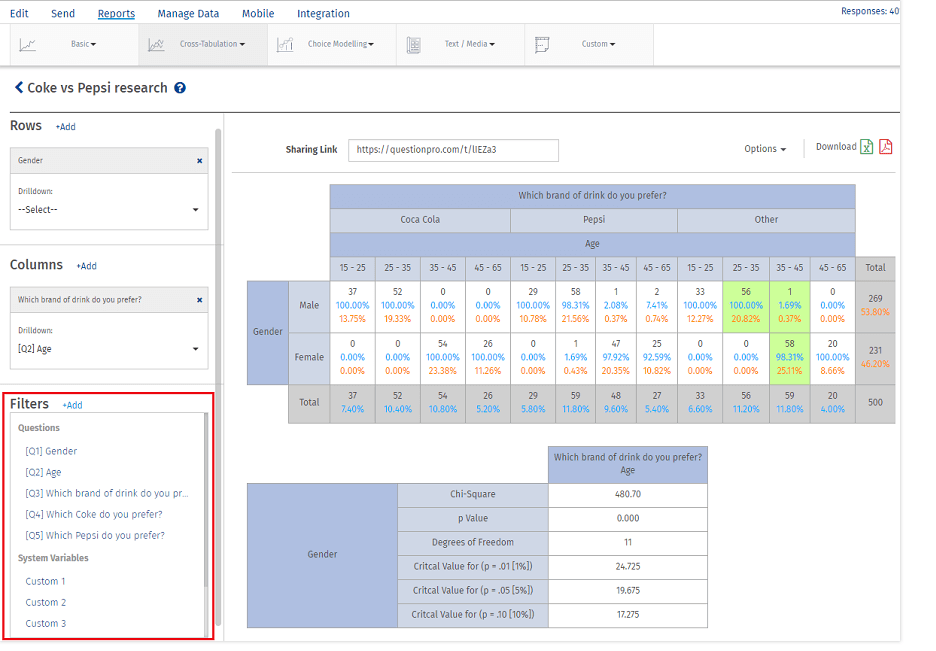 You can share the report using the sharing link. 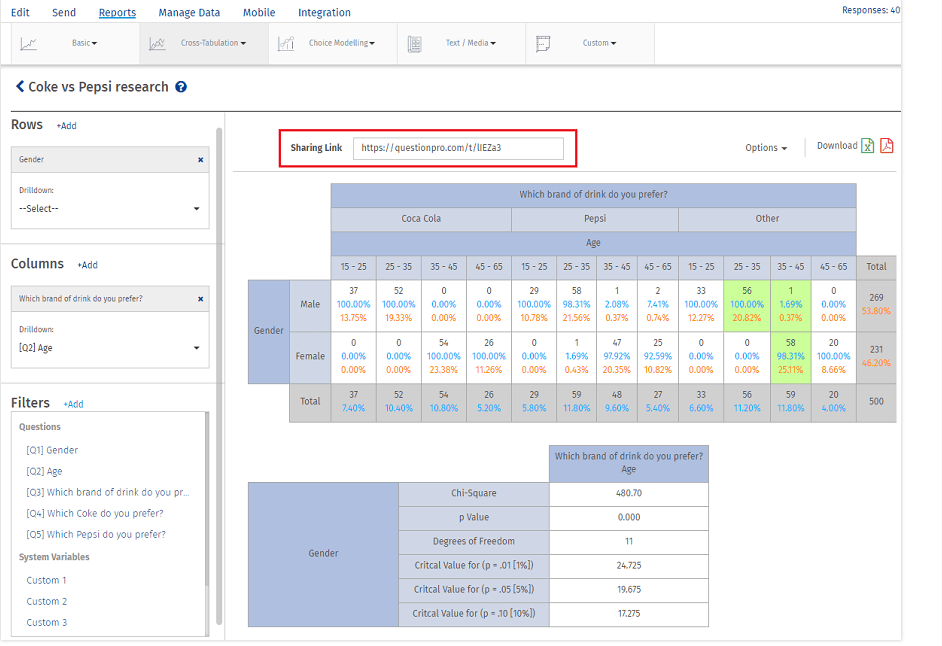 You can download the report in the following formats: 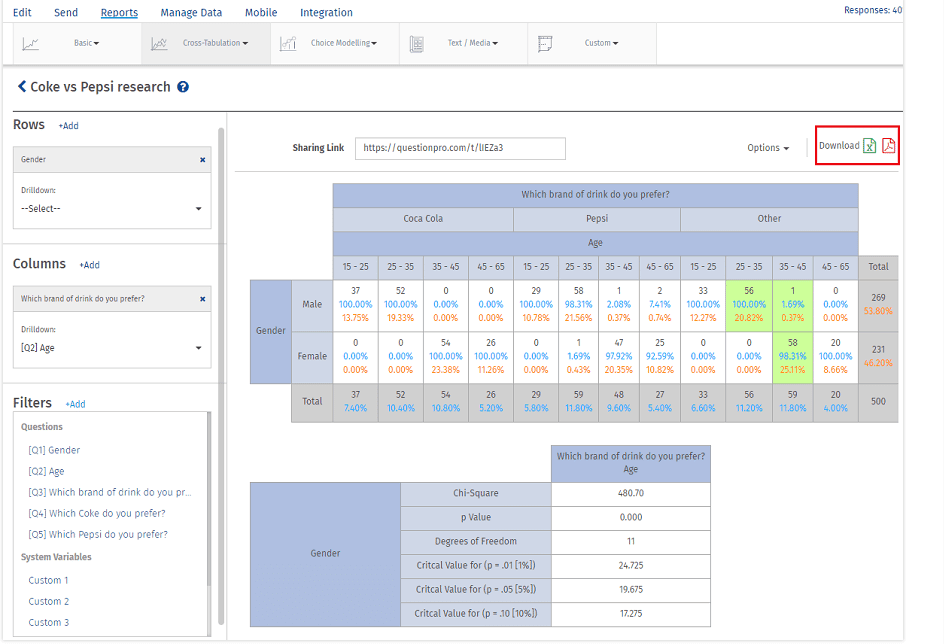