Day 17: What Would You Do Differently If You Were [Insert Big Brand Name Here]

Imagine for a moment that you are the President or CEO of a huge company. Now is your chance to be in charge. What kinds of things would you do differently if you were running a successful company?

We've all heard stories about CEOs that do great things and come out on top. And on the flip side, we've heard horror stories about businesses gone awry and lost sight of their initial mission statement. Today we are reflecting on a story about what happened to JCPenney when they hired a new CEO in 2011 and how he led them down the wrong path. And then we're going to discuss some things that he could have done differently and offer some insight on our take on the situation.

In 2011, JCPenney hired Ron Johnson, the former Senior VP of Retail Operations at Apple, to run JCPenney. They brought Ron Johnson on board so he could breathe some fresh air into the company and make JCPenney trendy again. However, as you will read, he did not succeed in this because he failed to understand the core beliefs of JCPenney's customers.

There is a big difference between Apple and JCPenney. Apple is positioned as a trendsetter, having the latest technology and hottest products. People come to the Apple store for the experience, and they pay a premium for it. Additionally, the pricing is constant. You won't see the price on a MacBook Pro get slashed from $1200 to $700 anytime soon. On the other hand, people come to JCPenney for a bargain or a deal.

Ron Johnson's goal with JCPenney was to reinvent the store and enrich customers's lives. They rebranded their logo 3 times over the course of 2 years (a big no-no), changed their pricing structure to abandon sales and coupons in favor of consistently low prices, and changed their name to just "JCP". They also wanted to carry more hot brands geared to fashion forward trendsetters. These bold changes really confused their customers and JCP took a hit from it.

These plans did not work because Ron Johnson immediately rejected everything that existing customers currently believed and loved about the chain. Ultimately, the changes he made did not sit well with the customers and it left them feeling lost. After these changes, a survey was sent out to 600 customers to ask them about their attitudes of the new changes. 67% of the customers negatively rated JCP's changes to clothing offers and pricing.

Why It's Important to Listen


So, what would we have done differently? For starters, we wouldn't have rolled out so many shocking changes at one time. Even if you are looking to completely rebrand a business, you need to do so one step at a time so you do not alienate your customers. Second, we would have listened to our current customers about what they like, what they don't, and what they want to see changed. Your customers are a wealth of knowledge and should never be ignored. We also would have implemented a panel for loyal customers and shoppers. If they had a place where they could take surveys, voice their opinions and earn rewards, Ron Johnson would have been graced with a wealth of data that he could use to make strategic actions.

Ultimately, the main reason that he failed at JCPenney is because he failed to understand JCPenney's core customers. The key takeaway here is that every industry and every business is different. Just because something worked at one place does not mean it will work everywhere, and that’s why being a good listener is so important! As great as it feels to go with your gut, there is a time and place where insights are more powerful. We wish the best for JCPenney moving forward and fully respect the hard work done to recover from a tough time. We even saw last year during the holiday season on Forbes the great news about them making a booming comeback that you can check out here. 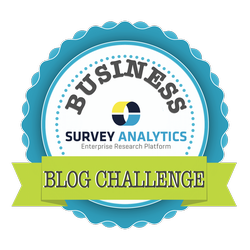