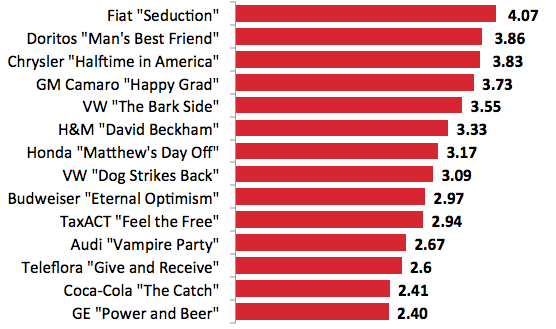 Organized by the Puget Sound American Marketing Association and the Ad Club, and moderated by former NFL quarterback Brock Huard, attendees were able to rate a selection of Super Bowl ads real time with SurveyAnalytics’ SurveySwipe smartphone app. Once downloaded, the SurveySwipe app enabled the audience to receive survey invitations via push notifications on their smartphones as the advertisements were replayed. Respondents then completed brief questionnaires on their smartphone, and immediately submitted their ratings. Results were then displayed real time to the audience. Said one attendee “This is a real cool way to measure the pulse of an audience in real time.”

Participants rated each commercial on a five point scale, where 1 = Hate it, 2 = Don’t like it, 3 = Neutral, 4 = Like it and 5 = Love it.
Advertising Case Study mobile research surveyswipe