If you want to get ahead... 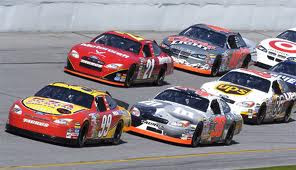 I was in a sales meeting a couple of days ago. We were telling a prospect about our new smartphone interviewing app, SurveySwipe (www.surveyswipe.com). We were talking about apps and how they are used. There were several “old guys” i.e. over 40 and a couple of younger people - under 40 in the meeting. ( For the record I am an old guy - way old). The discussion got onto who uses apps and what they are used for. My point was that apps are the new communication medium, because email is dying fast in the under 40 age group. The older guys didn’t seem to agree, so I asked the younger guy how many apps he had on his smartphone – his answer was “50 - I think”. This clearly shocked the other older guys, they had smartphones but they used them like phones, not as computers to run apps. Smartphones are not phones. Smartphones are personal computing systems which are now the direct channel to respondents and consumers. And email isn’t going to cut it anymore. You need an app to be heard today, because apps are what make smartphones seem smart.  Email is  becoming increasingly just for business use, a bit like Telex (remember Telex ? no ? you didn’t miss much trust me). Like Telex email will fade to be a niche business communication tool. You need an app to get to respondents because each year the young get older and in the same way that email suddenly became THE way of communicating, apps (and social media) are the way to communicate now. Forget email for the under 35’s.