How Today's Leaders Will Use Feedback 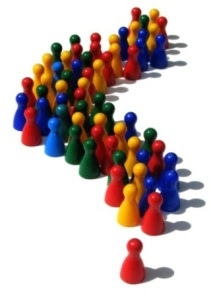 Bill Clinton was a voracious user of public opinion, polls and research.  Some criticize him for it because they perceived his policy decisions to be driven by how the daily poll results were going.  And others felt like he was responding to the voice of his customer.

We may never know exactly which it was - but we can be sure that this was perhaps the beginning of this "crowdsouring" trend that is in play today.  Perhaps Bill Clinton was a precursor to this new trend of "﻿Open Leadership﻿" as discussed by Charlene Li in her new book.

Today's leaders will have to strike a balance between their own personal vision for their organization and then understanding and incorporating the ideas and thoughts of their various constituencies.  At the time Bill Clinton was in office - frequent polls were the vehicle he used to gauge the temperature of his crowd and news conferences were ways that he used to feedback to the crowd.

Today's leaders will be judged by their ability to manage the communication loop that includes their own powerful  vision; communicated clearly and openly in plain language.  Their challenge will be listening to their constituencies, asking questions, responding and then creating messages, products and services that incorporate that feedback while still maintaining a sense of leadership about them.

How to Use Research to Be a Powerful Leader

What are your thoughts on how the new leader will have to use research, feedback and information to lead more openly?