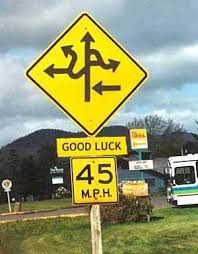 I wanted to give you an update on a new feature that we launched on Monday - Survey Routers and Split Ballot Testing.

Simply put, split ballot testing allows you to create a unique URL that points to two (or more) surveys and it randomly cycles through each of the surveys.  The experiment could be different versions of a survey, or different surveys, etc. The goal is to see if any differences exist between the versions of the survey or how users behave differently.

The Split Ballot Testing model allows your research to be more robust. To setup a split-ballot test for your survey please see the screenshot below (detailed instructions in a link below.)

On the same note, we also have another mode "Target Mode" that the survey router can be used. This is helpful when you have a survey that is embedded in your application or website. We've had requests from clients who want to change the survey (without changing the URL) - since it's embedded into the application. The "Target Mode" allows you to create another Unique URL to your survey - which can be targeted towards any survey. Some example use-cases: