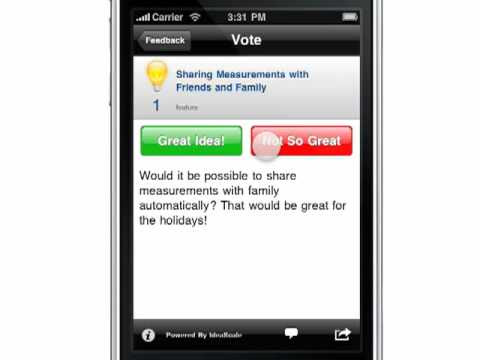 There are several crowd sourcing tools out there.  But a recent case study shows that IdeaScale's iPhone App has outperformed the others.

OpenMaps is a feature rich app that creates and edits open map data.  The folks at OpenMaps wanted to get feedback from their audience and decided that mobile apps would be a great way to do it.  They used several applications -- of which IdeaScale was one.  And when the data came back -- they learned that IdeaScale outperformed the others!

“We collected feedback via email, Twitter and GetSatisfaction too, and still do. The IdeaScale iPhone widget was simply supposed to be an experiment. It turned out to be a hit as we received much more user feedback than before. It seems peoplereally like giving feedback right from within the application.”